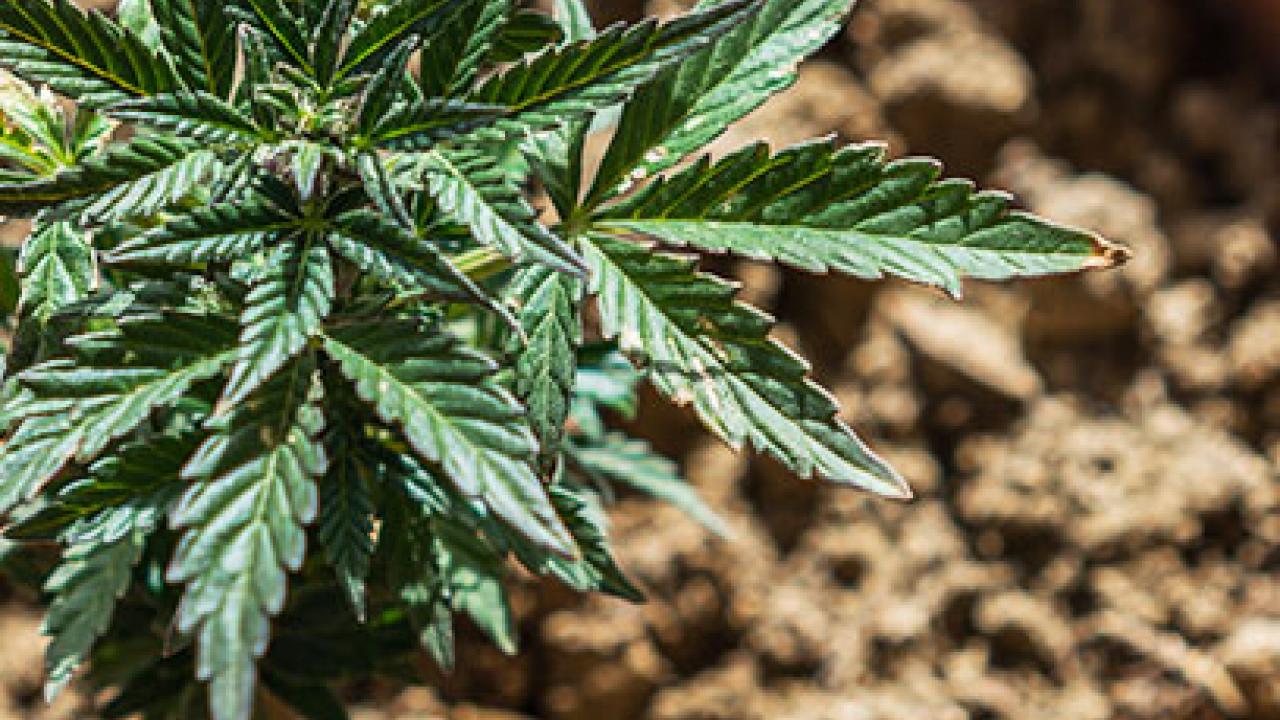 UC Davis physician researchers have found that medical marijuana contains multiple bacterial and fungal pathogens that may cause serious and even fatal infections. They warn that smoking, vaping or inhaling aerosolized marijuana could pose a grave risk to patients, especially those with leukemia, lymphoma, AIDS or conditions requiring immune-suppressing therapies.

The study findings are accepted for publication in Clinical Microbiology and Infection in a research letter titled, “A microbiome assessment of medical marijuana.”

“Patients with impaired immune systems are routinely advised to avoid exposure to plants and certain raw foods because of the risk of infection from soil-dwelling organisms,” said George Thompson III, associate professor of clinical medicine at UC Davis in the Department of Medical Microbiology and Immunology and a lead-author of the study.

“But at the same time, they are increasingly turning to medical marijuana to help them with symptom control. Because microorganisms known to cause serious infections in immunocompromised patients were found to be common on marijuana, we strongly advise patients to avoid it,” he said.

The team of investigators used sophisticated genomics techniques to analyze for the presence of bacteria and fungi in 20 marijuana samples obtained from Northern California dispensaries. According to Thompson, they found a tremendous diversity of microorganisms, many of which are implicated in serious lung infections, including Cryptococcus, Mucor, and Aspergillus fungi and Escherichia coli, Klebsiella pneumoniae and Acinetobacter baumannii bacteria.

Medical marijuana is frequently used to control nausea, pain and lack of appetite in patients with a host of conditions, including those immunocompromised from AIDS, cancer treatment, or therapy following an organ transplant. Because of its increasing acceptance and legality in many states, marijuana is thought to be generally safe by many patients and physicians alike. Obtaining it from a medical marijuana dispensary also leads many to mistakenly believe that the drug has met certain standards of safety control, which is not the case because its quality is not federally regulated, the authors said.

“Infection with the pathogens we found in medical marijuana could lead to serious illness and even death,” said Joseph Tuscano, a professor of internal medicine in the Division of Hematology and Oncology at UC Davis, and a lead study author. “Inhaling marijuana in any form provides a direct portal of entry deep into the lungs where infection can easily take hold.”

Tuscano first became interested in the possible risks of medical marijuana when one of his patients developed a rare and incurable fungal infection after using aerosolized marijuana. The patient was told by the dispensary that the product, which consists of raw, blended marijuana which is inhaled as a mist, is a safer alternative to smoking, a claim that Tuscano emphasizes is not true. He notes that unusual lung infections are usually attributed to hospital or community exposure, as it does not occur to most patients and doctors that the source could be marijuana.

According to the authors, it is unknown if consuming marijuana in baked goods is safe, but for now, they advise their patients who wish to use the drug that it is probably a better option. They believe that the high temperatures involved in cooking would likely destroy the microorganisms, but they caution that they are unaware of experimental evidence to back up this recommendation. They emphasize that temperatures reached by smoking marijuana are not sustained for long enough to render it safe.

The researchers are currently conducting more studies to further refine the significance of the findings. The genomic techniques used for this study detected all organisms present in a sample, and preliminary results of a subsequent study show the organisms are alive and capable of living and growing under laboratory conditions.

The investigators noted that conducting marijuana research is tremendously challenging in a public university. Despite legalization within states passing cannabis legislation, the U.S. Drug Enforcement Agency does not permit possession of marijuana for research purposes within institutions receiving federal funding. For this reason, the actual testing of study samples was conducted in a private laboratory and existing departmental funds at UC Davis were used for this research.

Clever Leaves and Biopharmaceutical Research Company to Partner for Landmark Cannabis Research Study in Collaboration with the University of California, Davis