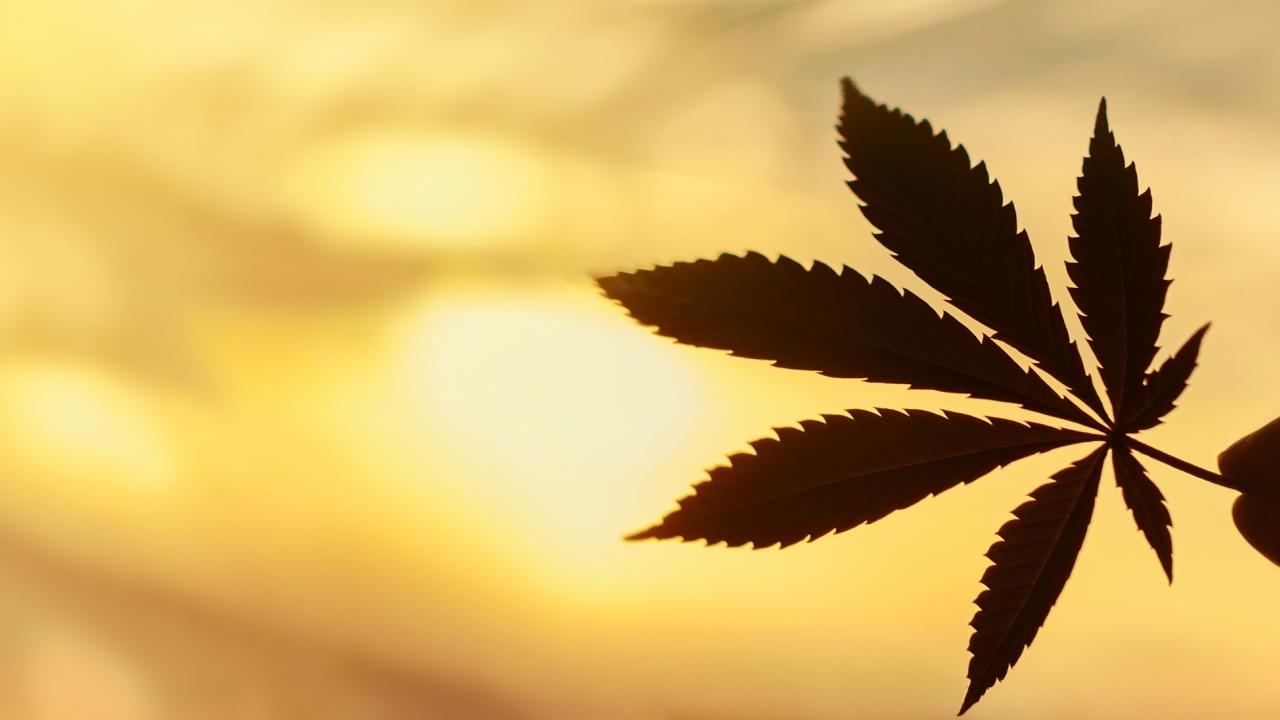 “For the vast majority of cannabis users, this is not of great concern,” said Dr. George Thompson, professor in the UC Davis Department of Medical Microbiology and Immunology. But those with weakened immune systems – such as from leukemia, lymphoma, AIDS or cancer treatments – could unwittingly be exposing themselves to serious lung infections when they smoke or vape medical marijuana.

“We strongly advise them to avoid it,” Thompson said.

The study’s findings were published online in a research letter in the journal Clinical Microbiology and Infection.

It comes as and a majority of U.S. doctors support the use of medical marijuana to relieve patients’ symptoms, such as pain, nausea and loss of appetite during chemotherapy and other treatments.

Typically, patients with lower-functioning immune systems are advised to avoid unwashed fruits or vegetables and cut flowers because they may harbor potentially harmful bacteria and mold, or fungi. Marijuana belongs in that same risk category, according to Thompson.

“Cannabis is not on that list and it’s a big oversight, in our opinion,” Thompson said. “It’s basically dead vegetative material and always covered in fungi.”

Suspecting there might be a link between the infections and his patients’ use of medical marijuana, Tuscano teamed with Thompson to study whether soil-borne pathogens might be hiding in medical marijuana samples.

The marijuana was gathered from 20 Northern California growers and dispensaries by Steep Hill Labs, a cannabis testing company in Berkeley. It was distilled into DNA samples and sent to UC Davis for analysis, which found multiple kinds of bacteria and fungi, some of which are linked to serious lung infections.

There was a “surprisingly” large number of bacteria and mold, said Donald Land, a UC Davis chemistry professor who is chief scientific consultant for Steep Hill Labs.

The analysis found numerous types of bacteria and fungi, including organic pathogens that can lead to a particularly deadly infection known as Mucor.

“There’s a misconception by people who think that because it’s from a dispensary, then it must be safe. That’s not the case,” said UC Davis’ Tuscano. “This is potentially a direct inoculation into the lungs of these contaminated organisms, especially if you use a bong or vaporization technique.”

Patients with compromised immune systems are especially susceptible to infections, usually acquired in their environment or in the hospital. But given the testing results, Tuscano said, it’s possible that even some of the more common infections, such as aspergillus, could also be attributed to contaminated medical marijuana.

Tuscano emphasized that until more research is done, he can’t be 100 percent assured that contaminated cannabis caused the infections, but “it’s highly suspicious.”

Under , the voter-approved initiative that eased restrictions on , the state is expected to have cannabis testing regulations in place for medical marijuana by Jan. 1.

“Patient safety is one of our chief concerns in this process,” said Alex Traverso, spokesman for the state, in an email. He said the state’s new medical-marijuana testing standards will soon be available for public review. “We welcome everyone’s input to ensure that testing standards are as strong as we need them to be.”

Until then, consumers are largely on their own.

The vast majority of cannabis sold in California is not tested, according to Land.

“You can’t tell what’s in (a marijuana product) by looking at it, smelling it, feeling it, or a person in a dispensary telling you it’s safe or clean,” he said. “The only way to ensure you have a safe, clean product is to test it and be sure it’s handled according to good manufacturing practices.”

To avoid the risk of exposure to severe lung infections, Thompson and Tuscano advise cancer patients and others with hampered immune systems to avoid smoking, vaping or inhaling aerosolized cannabis altogether. Cannabis edibles, such as baked cookies or brownies, could be a safer alternative.

Theoretically, Thompson said, the consumption of cooked edibles seems safer than smoking or vaping, but it’s not scientifically proven.

“I give that advice with a caveat: We don’t know it’s safer; we think it probably is,” he said.

For patients heeding the UC Davis advice to avoid smoking or vaping medical marijuana, “it’s always better to err on the side of caution,” said medical marijuana advocate Cargile. There are plenty of alternatives, she noted, including cannabis salves, lotions, sprays, tinctures and suppositories.

Clever Leaves and Biopharmaceutical Research Company to Partner for Landmark Cannabis Research Study in Collaboration with the University of California, Davis